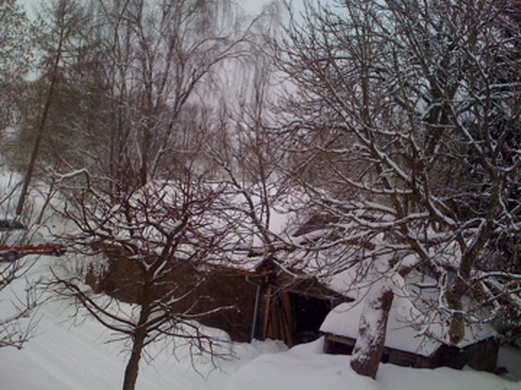 
“Without pause or repose, he roamed the world as the Wanderer.”

When is there repose or pause in our journey?  Is there ever?  Isn’t there always a next worry, a next dilemma, and a next point of confusion?  Taking this twelve week blog and concert preparation as a microcosmic example, it does seem that each week Catherine and I find a new way to concern ourselves about this project.  This week, it looks as we are officially entering what is known to performers the world over as the “Freak Out” stage.  It is a darker mindstate than the previously mentioned “Who do I think I am?” stage, though it does have its roots in that question. Sadly, it answers resolvedly.  It says, simply, “You are an idiot.  An imposter.  At best, you are delusional.  There is no hope of success.  Give it up.”

Catherine has just returned from California.  She and I have been working separately preparing for what we had thought would be an intense month of rehearsals together before our concert on December 4.  I have to admit that I haven’t gotten as far learning the music as I’d hoped, but I wasn’t worried.  I thought I had time.  But even as I thought that, a little voice in my head said, “what if something comes up?”  Sure enough, last Friday I got a call asking me to fill in for a show near Munich at the end of this month (one week before our Winterreise concert.) I will play the famous American diva Astrid Varnay in a comic pastiche of Wagner.  Now, I have twice the material to learn this month that I had planned on having, and will also be speaking German dialogue on stage for the first time.  Believe me, I am typing fast so I can get back to memorizing.  Instead of lamenting as I was a couple of weeks ago about my unemployed state, I’m now worrying about having too much to do. That’s what I meant by always moving on to the next worry, and I don’t think I am unique in this way. The performer’s lot seems to be feast or famine, and the deadline of performance does bring a particular kind of pressure to the performers, but I don’t think this sort of fast breathing, heart beating, anxious wondering about how something is going to turn out is particular to us. I think we all do it, all the time, every day.  One of the reasons people find this cycle, and characters like this traveler, so compelling is that we can all easily identify with someone who is troubled, worried, wondering about making it through the next leg of life’s journey.  Sitting on the subway yesterday, I was looking for an escape from my own worry about learning all this music.  I looked around at the faces of the people on the train.  It took less than a second with each face to see some trace of concern.  Not they they all looked unhappy (some did, some didn’t.)  But they all had things going on and even in that one moment on the subway, you could see these concerns flitting across each of their brows, just as you could see that they were all trying, as I was, to somehow make themselves more comfortable with what was happening, to feel OK.

Whatever coping mechanisms or deeper understandings we may have at our disposal to help us get through the day, our minds are evolved to worry.  As Rick Hanson, puts it: “To keep our ancestors alive, the brain evolved strong tendencies toward fear, including an ongoing internal trickle of unease. This little whisper of worry keeps you scanning your inner and outer worlds for signs of trouble.” Hanson, a neuroscientist and long time Buddhist practitioner, is the author of "Buddha's Brain: The Practical Neuroscience of Happiness, Love and Wisdom." He also points out that “the brain’s default setting of apprehensiveness is a great way to keep a monkey looking over its shoulder for something about to pounce. But it’s a crummy way to live.”

My guess is that the freak out phase will not last very long for me.  For one thing, the pain of scarcity is too fresh to dismay over trouble handling abundance, and for another, I am not alone in my wanderings.  Catherine and I are on this journey together.  There seems to be a pretty even handed allotment of dismay between the two of us, which is nice.  There also seems to be an unwritten rule that only one of us is allowed to freak out at a time.  When she freaks out, I become the Rock of Gibraltar.  When I freak out, I am met with nothing but encouraging equanimity. But in truth, I don’t want to go through this hopeless, panicky stage too quickly.  I think there is something to be said for this process of distress, not that I want to live in a state of drama or crisis.  But if you put yourself in new situations that challenge you, then you have to ask yourself more pointedly, “Am I doing the right thing?” or even “How can I get through this?”  It pushes you to contemplate the most basic questions of life and realize that you don’t know the answer.  Will I get through it?   I don’t know?  Will we get through?  We don’t know.  What will happen to our traveler on this Winterreise?  We don’t know. But he’s asking the questions.  Our traveler asks in this week’s songs, and with frequency throughout the cycle, “What is the right way for me to navigate life?  Here’s what’s happening around me. What is my path?”

In Rückblick, our traveler explains the reasons for his coping strategy clearly.  He moved quickly to get out of town, knowing that if he stopped to think about it, he would end up again before his beloved’s house.  That is the solution Catherine and I have come up with this week.  Keep practicing.  Keep memorizing.  Keep moving.  If you stop in your worry’s tracks, you will sink.    This worried state may be wintery cold, but as the traveler says, “it burns under the soles of both feet” and keeps him moving.  I really don’t think Schubert needed to write “nicht zu geschwind” or “not too fast” for this song.  The piano part is difficult to play and the words come fast and furious. When Catherine plays the piano part, she has a feeling of unrest, of rushing away from something, something inside, something that she doesn't even want to know about! And then, thankfully, she takes a deep long breath when suddenly the music turns to the major key.  Here, one can luxuriate in thoughts of happier times. Instead of crows hurling stones and ice, there are larks and nightingales competing to serenade us!  But we are only allowed twelve short measures of this lovely reverie before we are right back in our panic state, desperately wishing for something that is no more.  Just having landed from a California late autumn into a Berlin early winter - a drop of some 10 degrees Celsius, she can relate to the feeling of "No, I don't want this! Let me go back!"

In” Im Dorfe” or  “In the Village” our traveler stays in high gear, contrasting himself with the sleeping villagers, repeating a daily cycle of life.   Catherine sees him here caught in the midst of a chaotic struggle, finding this life, as he describes it, without hope.  She hears a shuddering in the piano, and not just from the cold.   I think that here our traveler shows himself to be someone out of the ordinary.  He does not want to be caught in this daily cycle that most people endure as life goes on. He describes the villagers, I think, almost with contempt.

The dogs are barking, the chains are rattling;
The people are sleeping in their beds,
Dreaming of things they don't have,
Refreshing themselves with good and bad.

(Or as Google translate says, “Refreshment in doing good and Argentina.”)

Seeing this repetitive existence, our traveler wants something different. He asks to be spared rest, saying, “I am at the end of all dreams.”  Not only is he enduring this winter’s journey, it seems clear to me that he is choosing it.  There is no reason not to think he is speaking both literally and figuratively of awakening when he asks: “Why should I tarry among the sleepers?”  Schubert asks for this song to be somewhat slow but still, it has a feeling to me of moving right along.  This guy is not sticking around.

In the first week of this blog, we interpreted the final song of the cycle, Der Leiermann Article about Der Leiermanas implying that the journey ended with a spiritual awakening for our traveler.  Similarly, I have faith in a good outcome for this project, whatever happens.  In part, I draw that faith from confidence in Catherine, from seeing the skill and grace with which she navigates her life, even in times of great worry.  She said to me early on in this project, “I do panic.  I don’t give up.”  That distinction is one that I am holding very forward in my consciousness as I wake in cold sweats about all that I have to learn in the next month.  I also take comfort in what seems to be consensus that challenging times serve a purpose. A singer friend sent me an email this week about the ups and downs of life as singer.  I hope that what she said is correct.  She wrote, “The highs are times of great reward and enjoyment.  The lows are times of developing great strength and times of growth.  The more strength we develop from the low times...the higher we are able to fly!”  The serenity prayer states, “accepting hardships as the path to peace.”  Or, as Catherine puts it, “spring will not come until Persephone has spent her due time in the Underworld, while Demeter mourns above.”
We said in our discussion of “Deception” that perhaps our traveler deluded himself with the idea that there was something wonderful up ahead.   The kind of panic I’m in this week also contains delusion.  After all, it will not be the end of the world if a performance goes poorly.  But maybe the panic, like the vision of a warm house up ahead in winter, also serves the purpose of helping us to get through a challenging time with more strength, as my friend said, making it a time of growth.  The idea sounds paradoxical, but isn’t there something comforting about a well-timed panic attack? It can, I think, help you to confront (and hopefully reject) every possible negative outcome.  I have seen my Dad, who is a trial lawyer, do this a hundred times.  At the beginning of a trial, all is disaster.  The judge is set against them.  They cannot possibly win.  His reaction to the perception of the situation as hopeless is to become much more highly motivated to succeed.  Things are so skewed against him, he believes, that he must work harder to triumph.  As a result, he does work harder and has a better chance at a positive outcome. Maybe Hanson is correct being in such a panic is a crummy way to live, but it does seem to be a season of the mind through which we all travel.  And if the mind is composed of seasons, then there is a name for this panicked, fearful, bleak-minded state.

“It is none other than winter, the winter cold and wild.”