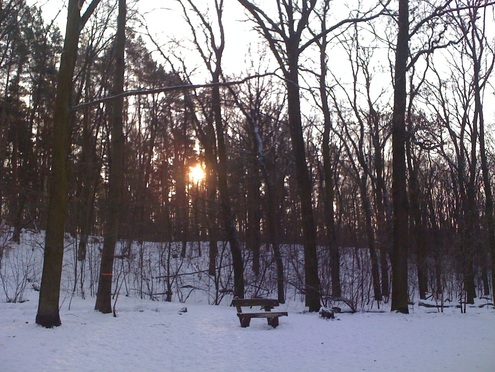 I was ten years old when I first learned, or I should say half-learned, the word “perfectionist.”  I had a sophisticated new best friend from a mysterious place called New York.  She taught me the words “genre” and “procrastinate” and told me about a magical thing called “HBO” that let you watch movies on television.  And one day, out of her mouth, rolled the word perfectionist.  I didn’t think to ask her what it meant, because I thought I knew.  It was someone who did everything perfectly.  Just as immediately, I knew that I wasn’t one.  It is sad to look back at that moment and see a thought like that in the mind of the little girl that I was.  What was it that made me so imperfect?  Well, from what I can remember there were a few things.  For one, I couldn’t do a cartwheel.  I was growing so fast, it seemed like every day I woke up with my arms and legs somewhere other than where I’d left them the night before.   Anyway, I couldn’t get the hang of it and it bothered me. Other kids could do them.  I couldn’t.  For another thing, I didn’t have long blond hair.  Somehow, that seemed like a better kind of hair to have than my thick black do.  Now that I look back, I see that my child’s mind was busy cataloguing and comparing desirable qualities.  Mostly, whatever the right way to be was, happy as I was as a kid, I just knew I wasn’t it. Given that attitude, I guess I’ve chosen the right profession.  Garrison Keiller, who often has both classical and folk artists on his program, once remarked that after a performance, a folk musician will say something like “hey, man, that was pretty good!”  While a classical musician will say “that eighth note should have been a sixteenth note.”  And so it is.

Catherine and I did it.  In a medium sized community room of a church here in Berlin, our friends arranged the chairs in a circle, lit the candles, took down tacky Christmas decorations, and then Catherine and I, with a decent Bechstein piano, to a small, appreciative crowd, performed Schubert’s Winterreise in its entirety.   At one point in rehearsal, when we were working on a very difficult spot, I said to Catherine “That’s OK.  We’ll skip this one.”  Actually, I have to admit, I said it on more than one occaision because I liked the look of horror on her face it provoked.  But we didn’t skip any of them.  We did all twenty-four.  In our opinion, it was at times ragged, at times terrifying (to us, fortunately not to the audience) and then at other times, it was simply Winterreise.  The story was told. The traveler’s pain and fear swelled and ebbed and was lost and found. On one song, I would struggle (to remember the words, to find my breath, to find a rhythm with Catherine.)  And then, on the next, I felt myself just become the traveler.  Those were the most enjoyable moments for me.  During one of those times, I looked out at the audience, many of them friends and colleagues whose faces I knew, and something magical happened.  I was looking into their faces when suddenly, their day to day personalities were gone.  Tamara, Patricia, Hann Jörg, disappeared, and all I saw was connection with and sympathy for my plight, or was it the plight of the traveler? What I saw clearly in that moment, in those faces and others, was that each of them had their own suffering, longing and hope.  I saw that each of them was, indeed, on their own Winter’s Journey.  This was something I hadn’t expected.  It was more than I’d ever hoped for.

I suppose that for me to remember so vividly all these years later how I responded to learning the word perfectionist, there must have been some part of me that knew I was being silly. After all, the moment stuck in my mind.  It was one of those times that you bookmark as a kid, knowing something is off, but not really knowing what, or why. In Buddhism, that part is sometimes called the witness.  It is a part of you that is with you always, through your whole life, a part of you that sees what happens to you, and cares deeply.  And on this journey of Müller’s poetry, the traveler seems to witness himself more than most.  Perhaps that is because, as we’ve said, the emergence of the “I”, the first person expression of narrative in the poetry of Schubert and Müller’s time more than coincides with a heightened interest in eastern spirituality among Europeans, and Germans in particular.  But aside from this witness, who is watching the traveler in Winterreise?  Who sees him?  Does the Moonshadow that travels with him on that first night?  Does the crow that circles around his head, faithful to the grave? Maybe the rivers and streams he talks to see him.  Maybe the snow knows that he is there.  But does he meet another single person on his travels? Maybe, the Köhler who takes him in, unless you think that he himself is the coal burner.  And, before they turn him away, perhaps the merciless innkeepers take a look at him. Or maybe, as our friend pianist Byron Knutson suggested, he is seen in the final song, Der Leiermann.  Originally, Catherine and I had thought it likely that our traveler comes across the Leiermann, the Hurdy Gurdy player, and considers the possibility of moving somehow in his direction.  Seeing that the man is equanimous in the face of his negative circumstances, we thought maybe this represented some turning point of enlightenment for our traveler.   But Byron suggested another idea.  Namely, that this final song is sung not by our traveler, but by a young man who comes upon our traveler.  That would make this the only song in the cycle that is not in the first person.  Originally, the cycle of poems ended with song number twenty-three, Die Nebensonnen.  I don’t know why or how Leiermann came to end the piece, but both Catherine and I took keenly to this interpretation.  Utilizing this idea, the character is a young man just starting out in life and when he sings, “will you play your organ to my songs?”, what he wants to know is, “will I suffer as you have suffered?  Will I go through what you went through?”  I think that is the basic human question, and the same one that I saw in the eyes of the people at the concert, as much as in the heart of that little girl who knew, just knew, that she was far from perfect.  The question in our minds at all times:  Are we all gonna be OK?

After the concert, we went out to dinner with friends, but I think Catherine and I were in a bit of a state of shock.  Our only full week together, actually it was six days, had been incredibly intense for both of us, with me cramming to get off book and Catherine reworking the notes into her fingers to accommodate what she’d learned of my interpretations of the text.  After we finished our immediate, automatic critique (yes, that eighth note should have been a sixteenth note) I think we just couldn’t quite believe that we had done.  We both decided quickly in the greenroom afterwards that we didn’t want to dwell on our mistakes, but I think we were both too exhausted to really celebrate.  Thinking about one thing that intensively is quite mind altering, and we couldn’t just snap out of it.  So many things got pushed to the side for both of us during this work.  I really couldn’t tell you where my vacuum cleaner is, and I promise you that you don’t want to see my laundry pile.  “I”ll worry about that after Winterreise” was a mantra for both of us.  Catherine had a big translation to get to right away on Monday, and it is a sign of how hard she had worked that at dinner after the concert on Sunday, you could tell that the thought of ten hours at the computer felt like a vacation.  For me, I took most of yesterday off, off, off, which was a good thing as my brain did not seem to be working.  I did manage to go out shopping with a friend, enjoying some sugar roasted almonds from a vendor at the corner Christmas Market.  But it was a little unsettling to be out and about, as I found myself unable to speak simple German phrases.  I bought something in a store and was trying to ask the clerk to put it into a certain bag I had. I wanted to say “put it in there” and I couldn’t remember how to say “in there.”  All I could think of was the end of Errstarrung, which I quite botched by the way, when the traveler sings that his loves image is trapped in the ice and the desperation he feels when he realizes that when the ice of his heart melts, his love will be gone.   “Put it in there” I wanted to say, “you know, like the image of his love trapped in the ice!”  Today, I am headed to Leipzig for a jazz gig, about which I couldn’t be happier.  I downloaded the songs last night, only after transposing them into what feel like comfortably low keys.  And I’m sure I will enjoy the fact that in jazz, as the saying goes, there are no mistakes, only missed opportunities.  My dream of skipping the tough songs will come true.  At rehearsal this afternoon, if something doesn’t suit me, I’ll just ask the piano and saxaphone to make it an instrumental.

These days, unlike the time when I was ten, I do finally feel that I generally know, more or less, where my arms and legs are.  Today, I will use my extra long arms to reach around and pat myself on the back.  And while I’m on the subject of congratulations, and because her arms are a bit shorter, I’d like to say it just once here: Brava Catherine.  Toll gemacht!   To those of you who have supported and followed this blog, we say deep gratitude and appreciation, thank you, and may you be safe and well in the knowledge that we are all moving through this Winter’s Journey together.  Regarding any imperfections or problems we had with one another during the process, Catherine and I agree that now it is time for us to let them go and enjoy the fact that we did what we set out to do.  As for any further laments, we’ll refer you to the lyrics of the song I’m memorizing today. 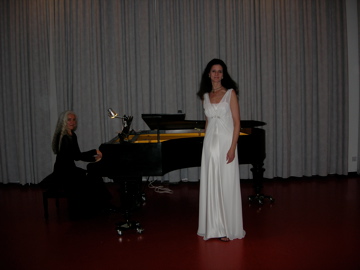