A second inspiration comes from the Met HD Series in theaters, and other high-quality broadcast events that are making opera more accessible than ever worldwide. With that as further excuse to have some fun, I will try to give enough info to appreciate the
essence of each opera, and Meg will use her considerable expertise to find a winning wine to pair with it.

We hope you enjoy the series, and please let us know your thoughts.
Godiamo!
(Enjoy!) 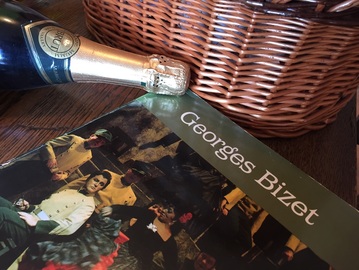 Photo Lisa Houston
Or so said his wife, the great soprano Giuseppina Strepponi. Wine lovers must find this a confounding fact, knowing as they do that today’s Pomino probably bears little resemblance to the wine Verdi enjoyed, a century and a half ago.

A similar frustration assaults opera lovers, who will never know what the voices sounded like in Vienna at the premier of Le nozze di Figaro in 1786, or how Mozart appeared as he conducted from the keyboard. For opera lovers as for wine lovers, time machines would not be used to attend the signing of the Constitution, or witness the Battle of Waterloo. We would go back to hear, to see, to taste, to experience what most inspired people.

The Florentine Camerata, who gave rise to the first operatic performances at the end of the sixteenth century, built a time machine, of sorts. These thinkers and artists sought a return to what they believed was a more expressive music, that found in the ancient Greek dramas. They longed for a music they felt could inspire enthousiasmos, a paradoxically liberating possession. What they sought was more than simple pleasure, which could be had from the vapid but elaborate spectacles of the day. And they certainly weren’t after a contained religious piety or devotion of the kind aroused by church-sanctioned polyphony.
Musically, the Camerata believed the key to this experience lied in monody, a single vocal line that functions as a captivating vehicle of emotion to transport the listener.

Throughout opera’s more than four-hundred year history, this monody has taken many forms, and the ways this emotion has manifested are myriad. The delight taken in the floridity of Baroque vocal ornaments bears little resemblance to the elevating, elegantly-layered ensembles of Mozart. And what has that to do with the emotional floodgates that opened with the birth of romanticism, as Rossini, Bellini, and Donizetti developed an even greater empathic connection between singers and audience? Not just passion. But compassion.

Here begins a true intoxication by means of emotion via opera. 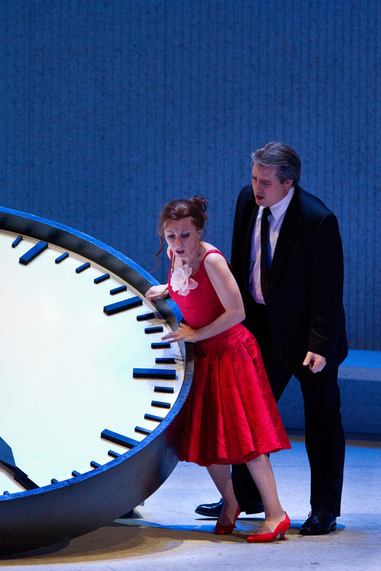 Natalie Dessay as Violetta and Matthew Polenzani as Alfredo in Verdi's "La Traviata." Photo: Marty Sohl/Metropolitan Opera
As we see Violetta faint, Lucia go mad, and Amina (La Sonnambula) sleepwalk, we faint, we go mad, we sleepwalk. This is madness, but an emancipating madness. The fever of youth, the ecstasy of love, the insanity of vengeance. It inspires the great minds of the century. Men throw jewelry at the singers. Whitman says that “were it not for opera,” he could not have written The Leaves of Grass. When the Swedish Nightingale Jenny Lind arrives in New York, forty thousand people throng the piers to meet her ship. Later in the century, Puccini, after hearing Wagner’s Parsifal, gives it a name: “complete enchantment.”

The great composers kept cellars full of wine. They loved it. They relied on it. “Do not bother with these miserable scribblings,” Franz Liszt wrote to Wagner, the man who would become his son-in-law, as Wagner struggled with the critic’s disapproval.  “Rather drink a good bottle of wine,” Liszt advised, “and work onwards, up to eternal, immortal life.”

And so he did.

Yet throughout his life, Wagner suffered ill health that sometimes forced temperance. He lamented the boredom and asceticism of his spa days or, as he called them, his “water torture.” But on more Schopenhauer-ish days, he railed against wine as “a bad and barbaric surrogate for the kind of ecstasy that should be gained only through love.”

Onstage, the composers populated their operas with songs about wine and intoxication. To name but a few, we have… 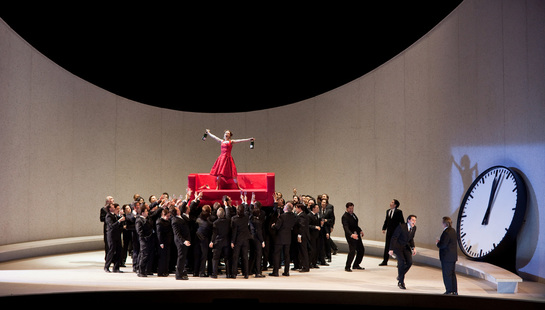 The best known of these wine numbers would have to be the Brindisi from Verdi’s La traviata, a solo turned duet turned chorus whose lyric gives us the title for these articles, La tazza e il cantico.

“Enjoy the wine and the song,” the lyric sings, “that beautify the night and the laughter; and in this paradise, discover a new day.” Like so many operatic moments, it is the Dionysian promise, writ large.

Era after era finds its own interpretation of this ecstasy, which overtakes one with something larger, and turns us into something different, more passionate than the quotidian self.

Now with the entire repertoire at our feet, the choice of intoxicants is ours. People have their different tastes. Those who love Wagner, really love Wagner. Others can relate to the following joke:

Parsifal is six hours long so the show starts at 6:00 PM.

Two hours later, you look at your watch.

Not all opera works on all souls. But there are those times when the music arrives, knocking on the door in our moment of need. As welcome as a beloved friend, it enters us and we allow it to take possession. We drink it in, this right story, told in the right way, at the right time.

With this series, we attempt to do right by these operas, our beloved friends. We invite them in. We offer them a glass of wine. Or two. Or three.

And if we don’t quite finish the bottle, we will do as Signor Verdi did at his favorite restaurant. We will write our names on a slip of paper, and roll it up and place it inside the neck of the bottle, and come back tomorrow, for another glass.
Read the first installment:
Verdi's Il trovatore

Read Meg's Intro to the series at Makerstable.com 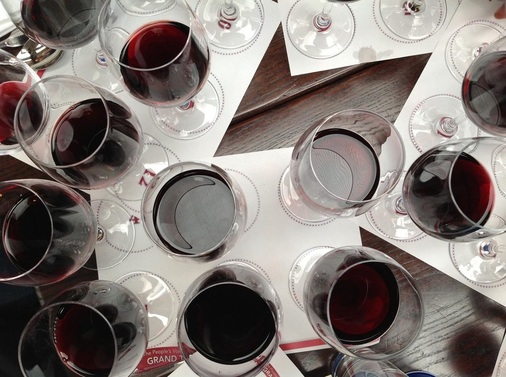